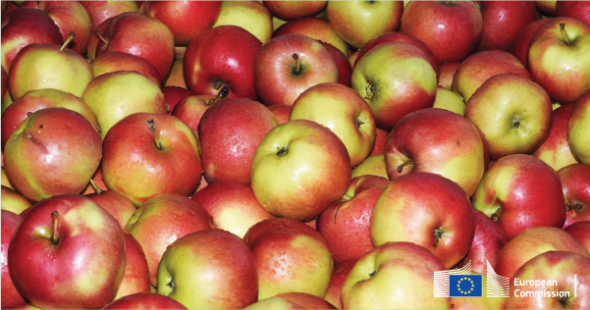 “We’ve been preparing to conquer the Canadian market for several years. And now our hard work is starting to bear fruit,” says Marek Marzec, founder of Ewa-Bis Sp. z o.o.

Since the beginning of this year, 20 containers of Polish apples have already been shipped there. The company hopes that, once a trade agreement between the EU and Canada is signed, sales will significantly increase and the process will become faster and easier. In the long run, they hope to break into the large American market. Domestic fruit producers who work with Ewa-Bis are happy as a result. It’s a chance for them to become independent from the Russian market which is susceptible to political influence.

Marek Marzec says that he grew up in an orchard, and this is not a metaphor. His parents had a farm in Sandomierz, and it was there as a child that he learned first hand the basics of growing fruit trees. He finished high school and obtained a degree in fruit and vegetable production. He then spent many years working for state-run facilities in this industry.

“You could start your own business in the late 1980s. I took advantage of the opportunity to see what private business was like,” he says.

And that’s where he stayed. His career path is a perfect example of the spirit of Polish entrepreneurship and of taking advantage of the opportunities that membership of the EU has given Poland. His company traded in food products. For 17 years, it has also been a distributor of machines and equipment for labelling industrial packaging. When the trend for exporting fruit emerged, Ewa-Bis immediately entered this market.

Today, the company belongs to the Ewa-Bis Group which operates in several business sectors.

It employs more than 200 workers, and last year’s turnover reached more than 100 million zlotys. It has eight companies in five countries. Its products, mainly fresh and frozen fruit and vegetables (but also juices and concentrates), are sold in 25 countries around the world.

“Apples are a typical product that are subject to fluctuations in the market,” says Marek Marzec. “When there is an oversupply, the price falls. Producing apples pays off, but these fluctuations must be taken into account.”

Adriana Rudnicka, Managing Director at Ewa-Bis, adds that in Poland about 60 percent of apples are intended mainly for concentrates. For this reason, the processing market dictates the price.

Building a market with producers

Ewa-Bis aims to co-operate with producers who are unafraid of challenges and who are able to see the big picture. They know that the market must be developed together. This also applies to adapting to the tastes of the foreign customer.

This is why growers working with Ewa-Bis have started to grow the varieties of apples valued by these consumers. 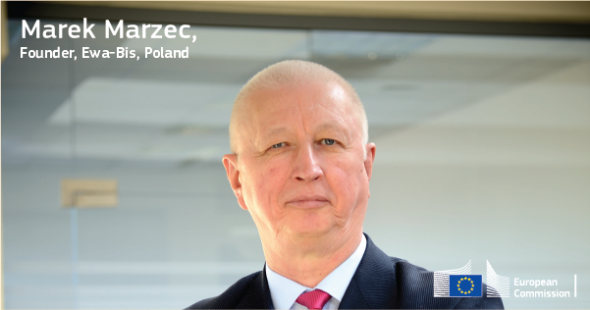 “We have ten large, steady producers mainly from the Grójec and Rawa Mazowiecka regions, but also from the Sandomierz and Kuyavian-Pomeranian regions,” says Marek Marzec. “In addition, we have 20-30 smaller producers and dozens of occasional producers.”

Permanent partners include the following producer groups: Roja, Polskie Sady, Warka Fruit Center, Lubsad, Józefów Sad. Each of them has the latest machinery and equipment for sorting and packaging apples, and cooling chambers to keep the fruit in excellent condition throughout the year.Growers know that with such a large and dependable client like Ewa-Bis, they can freely plan investments and increase production and employment.

An innovative sector with prospects

“Our company was almost entirely founded on European Union funds,” admits Danuta Flasińska, President of Lubsad. “We received 75 percent of our funding from the EU for the company headquarters in Motycz. We then purchased an apple sorting line for approximately 3 million zlotys and a 4 million zlotys cooling chamber (financed by the EU for the same amount). The European Union funded half of our processing plant in Poniatowa which cost around 17 million zlotys,” explains President Flasińska. She adds that Ewa-Bis has high expectations, but it’s worth meeting them because it is a large and promising client.

Thanks to UE funds, two years ago, Ewa-Bis completed the project, “Automation of the process of trade development between PPH ‘EWA-BIS’ SP. z o.o. and business partners through implementing a B2B information system”.

“This allowed us to increase sales turnover and develop a database of suppliers and customers including those abroad,” explains Adriana Rudnicka.

In Poland, bicoloured apples are mainly grown. In Western Europe and on other continents, however, the fruit sold are a minimum of 90 percent one colour. They must either be red or green – only one colour. And they must be large. In fact, Polish bicoloured apples are only popular in Eastern Europe, the Caucasus and Central Asia. Particularly the Idared variety. Not only because of the taste, but because of their long life and resistance to external conditions.

Ewa-Bis’s strategy is based on establishing joint companies with a foreign partner.

This same strategy was used in Ukraine, where this business was established in 1996.

“It’s a difficult market because it is saturated with Ukrainian products,” explains Marek Marzec. “The demand for Polish apples mainly occurs at the end of the season from mid-February, when they don’t have any of their own fruit.”

But Ewa-Bis is committed to this market, especially due to the fact that the trade part of the EU–Ukraine Association Agreement came into force at the beginning of the year. It will be easier to sell. In the first quarter of this year, Ewa-Bis has already recorded a 3% increase in sales.

Marek Marzec thinks an even better prospect will involve the prepared trade agreement between the EU and Canada. In anticipation of this, he says he had already decided to create a foot-hold there.

“We searched for three years for a Canadian partner to establish a joint venture with us. At the time, we were not yet planning to trade in apples, only in concentrate,” he says. “Three years is not a long time if you approach business rationally and if you know how much you can lose on a poor investment.”The company was established last year. This coincided with the opening of the Canadian market for Polish apples. Ewa-Bis set to work immediately. But not without obstacles. 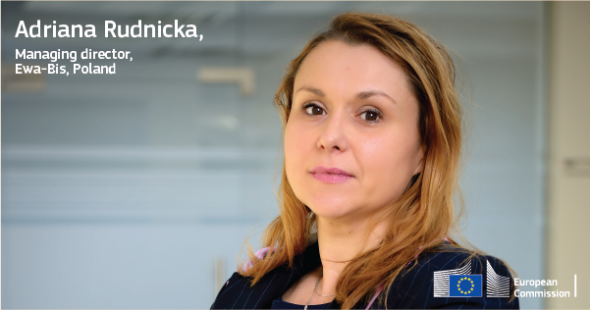 “Our first container of fruit sent in 2015 was tested and checked three times by phytosanitary inspectors before we received the appropriate documents,” explains Adriana Rudnicka. “In Canada, the container was then put into quarantine for several days. This extends the transportation time. Even so, we had a 4 percent increase in the first quarter of the year. It will be even greater at the end of the year.”

This is why Ewa-Bis has high hopes after the trade agreement between the EU and Canada is signed.

“We’ll be able to sell not only apples, but other fruit and vegetables, as well,” assesses Marek Marzec. “Secondly, we dream of unifying standards and quality requirements, particularly standards for pesticide residue. And the waiver of customs duties, of course.”

Searching for new directions for trade abroad is important for the entire fruit and vegetable sector.

“Poland is the third largest producer of applies in the world after China and the US (3.8 million tons). Therefore, we need new markets,” says Witold Boguta, President of the National Union of Fruit and Vegetable Producers. “When it comes to Canada, our apples are currently being subjected to thorough inspections. However, new markets, opening as a result of trade agreements, always create hope for good business, even if it is only a few thousand tons to begin with. And we’re counting on that.”

Marek Marzec adds that Canada is a difficult market, also due to competition from the United States. But this is a predictable and stable market with a consumer culture similar to Europe. This is why it is worth the fight. And then the time will come for the rest of America…