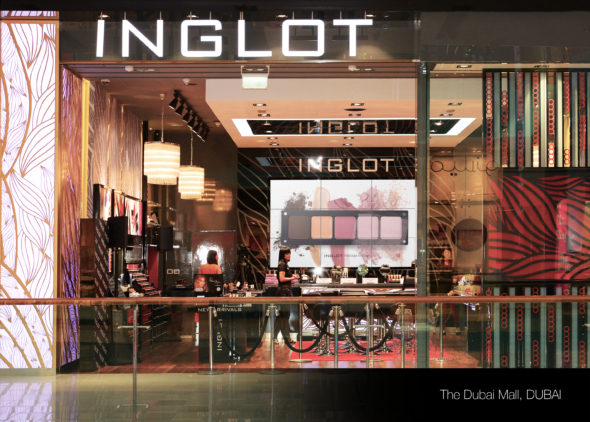 Inglot shines in New York, Dubai and Abu Dhabi, and is well-known by Japanese and Italian women. The powerful cosmetics company, which was founded in the Subcarpathian city of Przemyśl 30 years ago, has had a triumphant presence on Broadway, and has taken Arab countries by storm. Inglot lipstick graces the lips of Britney Spears and star of pop-rock, Avril Lavigne, among others.

Celebrities choose Inglot because on the cosmetics market, Inglot is a celebrity, too.

Inglot first entered the Latin American market a few years ago – a fact the company is very proud of. “We opened our first store in Chile in 2013, and then in Colombia and Peru,” says Zbigniew Inglot, Chairman of the Board of Directors. Lipstick from the Black Swan line is a top product on the website of South America’s largest online retail chain, Falabella.

Inglot enters markets quickly and effectively. It is a family business founded by Wojciech Inglot in his hometown of Przemyśl. After his death in 2013, the business was taken over by his brother and sister, Zbigniew and Elżbieta. The decision to expand outside of Poland was made in 2006 and led to instant success. Inglot started with Canada, followed by the United Arab Emirates, Kuwait, India, Turkey and the United States … The company now has more than 600 boutiques in over 80 countries worldwide. The store in New York’s Times Square is open until midnight, and salons in Dubai have rooms exclusively for wealthy clients. This is one of only a few Polish global brands. The company is the number one player in the country for color cosmetics. 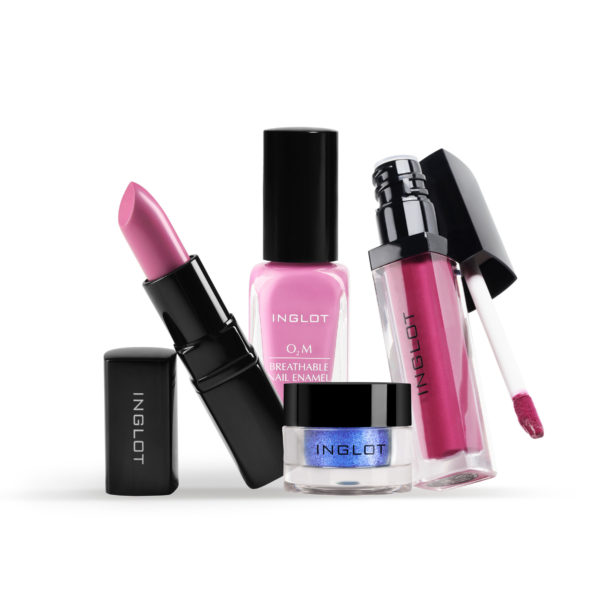 The cosmetics industry is a very difficult market, especially outside Europe, where, in addition to fierce competition there are extremely stringent regulations rivaling those of the pharmaceutical industry. As with pharmaceuticals, registering Inglot cosmetics requires the necessary and relevant documents concerning tests as well as various certificates. The situation is most favorable in the European Union, where the process is very efficient. It is different outside of the EU. The documentation required to open one Inglot store in Kuwait, for example, consisted of three thousand pages. Kuwait is one of the countries where registering a product is complicated and time-consuming because, among other things, each color requires separate documentation and Inglot has a very wide color range of products.

In addition to certificates and authorizations, there are high customs duties and costly procedures that must be followed in order to open a business. For this reason, the trade agreements the EU signs with various countries are extremely valuable for business. The EU has liberalized trade with several countries in the world, including Peru and Colombia in 2013. Trade agreements remove tariff barriers, introduce EU rules for the protection of intellectual property, and reduce the number of licenses required to start a business.

This is good news for Inglot, because the company has high hopes for Latin America. The capitals of these countries are powerful conurbations: Lima, Peru, has nearly 7 million inhabitants, while Bogotá, Colombia, has almost 9 million. In Colombia, Inglot shops are springing up like mushrooms; outside of the capital, they operate in Barranquilla, Bucaramanga, Cali, Chía, Ibagué and Medellín. There are almost ten shops in Lima and boutiques in Chiclayo in the north-western part of Peru, as well as in the middle-class district of Lima – Jesús María.

Zbigniew Inglot admits that there is no shortage of challenges in Latin America, but that there are far greater difficulties encountered in many other countries. “I greatly appreciate the openness and friendliness of the inhabitants of Latin America,” he says. As with all markets on which it operates, Inglot is preparing special limited edition collections in decorative packaging for Peru and Colombia. The company appreciates the advantages of entering markets covered by trade agreements. “A lack of customs duties is very conducive to developing trade. It’s not just about paying customs duties, but also about the time that is required to go through all the customs procedures, to submit additional documents, and the delivery time,” says Zbigniew Inglot. The company is currently in negotiations to open a salon in South Korea, with which the EU has signed a trade agreement. “We hope that we will be able to enter this market in 2016,” Zbigniew Inglot adds. 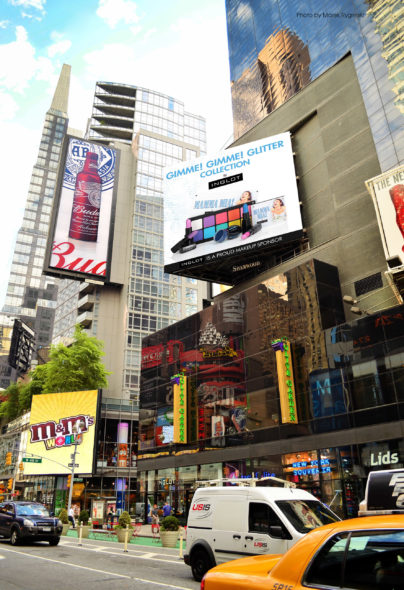 Because of Inglot, Przemyśl has become the cosmetics capital of Poland. The company’s foreign expansion has given the city an added splendor and the residents have gained a reliable employer. 95% of the cosmetics are produced in the company’s factories in Przemyśl (and the rest are made in the European Union). “In the course of a year, we open 60-70 shops worldwide; we’re growing at a rate of 12-15% per year. The number of people we employ is increasing at the same rate,” says Zbigniew Inglot. The company employs more than 600 people in Przemyśl and is the largest employer in the region. Inglot employees frequently travel abroad on business as trainers, including to countries in Latin America.

“Inglot is a world brand, and its association with our city is invaluable promotion” says Robert Choma, Mayor of Przemyśl. “A large part of the production and the company headquarters could probably be located anywhere in Poland, but its founder, Wojciech Inglot, and his successors have decided that their family business will be tied to their hometown,” he adds.

The heart of the company is in Przemyśl, regardless of whether department heads in the firm open another salon in Europe, South America, or somewhere in Asia. The place of production is visible on cosmetics packaging which is distributed worldwide, and the agencies and partners working with Inglot are glad to visit Przemyśl, and see the main square, Casimir Castle or its legendary forts while they are there. Zbigniew Inglot, who adores Przemyśl and has no intention of moving anywhere else, admits that foreign TV channels, such as CNN, which feature the company, pay a lot of attention to Przemyśl, as well.

“Inglot emphasizes his relationship with Przemyśl by participating in city life, supporting culture, and also by investing in young, talented people, for example by donating a scholarship to outstanding chemistry students from one of the city’s high schools” says Robert Choma. 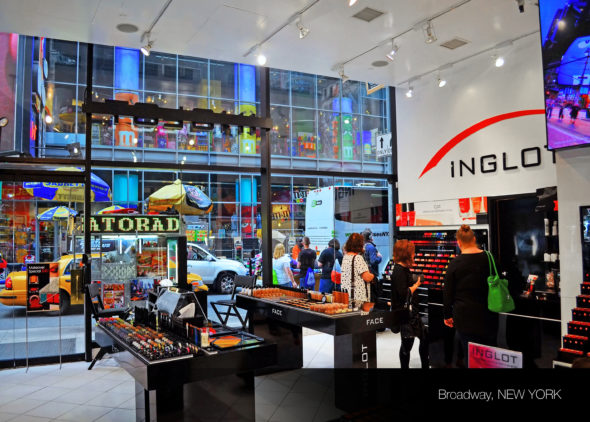 Inglot’s operations go far beyond the local community. The Inglot siblings are eminent chemists (the company founder and his sister, Elżbieta Inglot-Kobylańska,) and a physicist (Dr. Zbigniew Inglot). The company works with important scientific and academic centers. For example, they work with the AGH University of Science and Technology and the International Centre of Electron Microscopy for Materials Science, where research on the structure of selected cosmetic products and work on the better use of microscopic imaging is being carried out. “For around ten to fifteen years my professional career was based on scientific work, and I therefore greatly appreciate the value of collaborating with scientific research institutes and universities. The list of institutions we work with is quite long,” says Zbigniew Inglot.

Inglot entered markets all over the world instantly, which did not escape the attention of foreign academics. A business case study entitled, “Inglot conquers the world,” has been developed in one of the best management schools – Insead. A case study based on Inglot, as an example of one of the Polish brands with the greatest global reach, will be discussed during lectures for MBA students at Insead in France and Singapore.

Inglot has a spectacular track record of successes. He managed to achieve these successes despite the fact that he operates in a heavily regulated industry which is vulnerable to rapidly changing fashion trends, and which is becoming even more demanding in terms of ecology and ethics. “Inglot cosmetics are manufactured from the highest quality ingredients. Our products are not tested on animals,” says Zbigniew Inglot. Our company has reached great heights not only in terms of business but also in technology. “Inglot is a large, growing and innovative company,” says Robert Choma. This is a win-win situation for Przemyśl; Inglot has made this beautiful, historic city ultra-modern and chic.