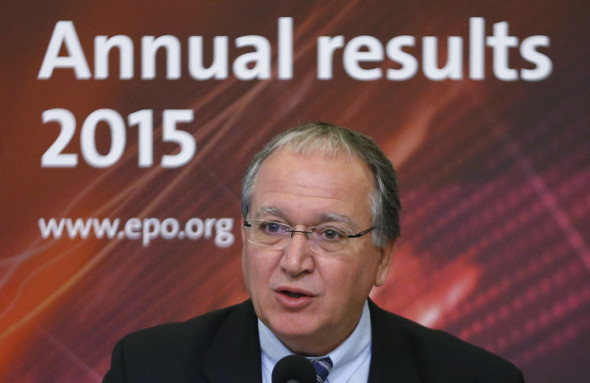 Patent applications from Poland at the European Patent Office (EPO) grew by 17.8% in 2015, one of the highest growth rates in Europe and well above the EU 28 average growth rate of 0.3%. Last year Polish research institutions and companies filed 568 patent applications with the EPO (2014: 482), the highest number in ten years. The number of European patents granted to Polish companies and inventors grew by a record 39% to 150, equally the highest figure in ten years.

“The remarkable growth in patent applications at the EPO proves that Europe continues to be a hub for innovators from all over the world, and an attractive technology market,” said EPO President Benoît Battistelli. “It reflects the interest of businesses and inventors in opting for high-quality patent protection for the European market.” He added: “Despite the impressive growth in applications from outside Europe, the balance of the number of patent applications made by European companies in other regions remains clearly positive, which underlines the innovative potential of the European economy.”

With 23 applications, Politechnika Gdanska was Poland’s most active patent applicant at the EPO, followed by Akademia Gorniczo-Hutnicza (22), and International Tobacco Machinery (14). In place 5 and 6 there are two further academic institutions: Politechnika Lodzka (11), and Politechnika Poznanska (10). With Uniwersytet W Szczecinie in 8th place, there are 5 academic institutions among the Polish top 10 applicants with the EPO, making them the key drivers for inventions in Poland.

Medical technology was once again the field with the highest number of patent applications at the EPO in 2015, growing by a further 11% over 2014. Other areas which showed significant growth were “Engines, pumps and turbines” (+18%) (where many patent applications in clean energies are also filed), “Pharmaceuticals” (+10%), “Measurement” (+8%) and “Computers” (+8%).

Philips no. 1 in company ranking

Philips moved into the top spot in the list of companies with the most patent applications at the EPO in 2015. Samsung ranked second, followed by LG, Huawei and Siemens. The top 10 was made up of four companies from Europe, three from the US, two from Korea and one from China.

For detailed statistics, and a report on activities in 2015, see the EPO’s annual report at: www.epo.org/annual-report2015