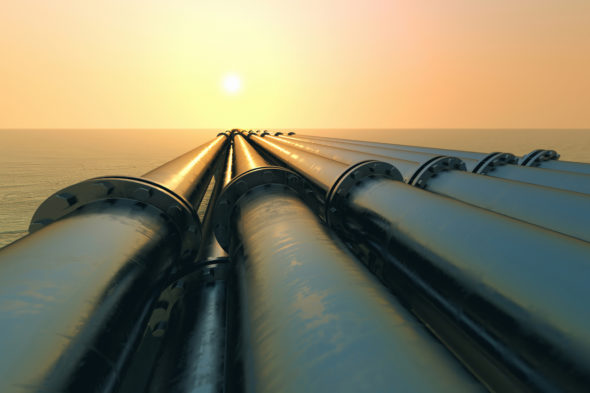 Energy is the lifeblood of the modern world, the fuel of prosperity but also of everyday life. Without energy, the lights go out, the heating shuts down, transport gets difficult as cars and planes stop running. Life as we know it comes to a halt. And pipelines are the arteries pumping that lifeblood across the European continent.

Europe’s dependence on oil and gas imports is one of the major challenges for the European Union, a challenge in which pipelines systems have supreme significance, providing European markets with energy resources: crude oil, natural gas, and liquid petroleum products.

The reliability of those pipelines is therefore of vital importance. With a long lifespan, efficient maintenance of those networks is crucial. And among the many energy initiatives pursued by the European Union, one project has played an important role in improving the security of the pipelines that crisscross the continent.

Its full name may be a tongue-twister, but there is no doubting the importance of what has been achieved by the INNOPIPES project (‘Innovative non-destructive testing and advanced composite repair of pipelines with volumetric surfaces defects’).

Between 2012 and 2016, INNOPIPES received funding under the EU’s Marie Skłodowska-Curie Actions – specifically its International Research Staff Exchange Scheme, that supports interaction between academia and non-academic organisations across the world.

Coordinated by the Riga Technical University in Latvia, and bringing together partners from Poland (the Military University of Technology in Warsaw), Bulgaria (the Institute of Mechanics of the Academy of Science) and Romania (the Petroleum-Gas University of Ploiesti), but also from Belarus, Ukraine and Russia, the collaboration has already laid down the roots for future partnerships.

But it has also delivered concrete results, working on the areas of detection of corrosion damage in long-distance pipelines, and analysis of materials used in their repair, leading to a new procedure for determining the strength of repaired pipelines, and ways of assessing the effectiveness of composite repairs on damaged pipes.

Does it mean the pipelines are more secure as a result? “Yes, definitely more secure,” says Professor Evgeny Barkanov, project coordinator from the Riga Technical University, adding that the methodologies developed are already being used for prototype testing.

With Europe increasingly keen to diversify its supply routes, Bulgaria is vital to both the Nabucco and its rival South Stream pipeline projects to bring Caspian and Russian gas to Europe via the south-eastern route. Professor Mitko Mihovski, who coordinated the Bulgarian participation in the project, said the professional exchanges had given invaluable experience in non-destructive testing to his colleagues.

Through the project, he said, “Bulgaria improved in the development and investigation in new composite materials for pipeline repair, and was able to conduct non-destructive testing training using innovative methods for pipeline testing.”

“The research conducted in this project gave us the opportunity to improve the efficiency and safety of gas transmission. This experience will be useful for assessment and repair of pipelines in Bulgaria,” said Professor Mihovski.

Professor Barkanov from Riga said the techniques developed under the project would extend the lifespan of pipelines, saving money for governments and taxpayers across Europe. By contributing to more efficient transit, INNOPIPES has helped to keep the lifeblood pumping to our economies, helping us to sustain the lifestyle to which we have become accustomed.