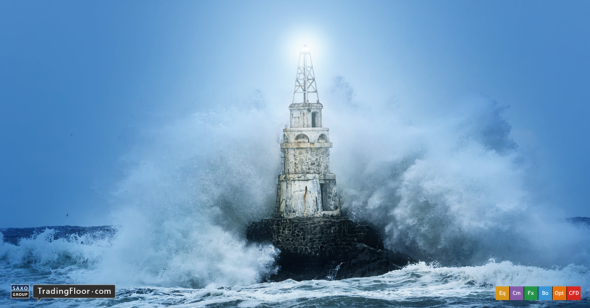 Uncertainty looms large over the third quarter of 2016 and beyond, but that is not necessarily a negative. In fact, if the uncertainty is met by reforms and improvements, then all of the present risk events could appear in hindsight as harbingers of positive change.

Saxo Bank, the online multi-asset trading and investment specialist, has today published its quarterly outlook for global markets and key trading ideas for the third quarter of 2016, the Essential Trades.

Now is the summer of our discontent. Uncertainty reigns in Europe, the debt-driven cycle has reached its peak and the social contract is being remade through voters’ strong bias against the elitist political system. Trading the markets in Q3 will be about navigating increased volatility, understanding how populist sentiment will affect social direction, and accepting that the world economy – including the U.S.– is about to renew its flirtation with recession.

Steen Jakobsen, Saxo Bank’s Chief Economist and CIO, said: “Personally, I am not too concerned about the Brexit as prior crises have taught me that these types of events often leads to real changes, and sometimes real reforms. Following the European Exchange Rate Mechanism crisis in 1992, UK growth and employment rose significantly.”

He added: “The good news is that the next six to 12 months will see a move towards the much needed mandate for change. The bad news is that it will come with more volatility and more uncertainty.”

Set against this context, Saxo’s outlook for major asset classes in Q3 is as follows:

“We used to say that Europe moves forward in times of crisis. Unfortunately, this is no longer the impression in light of the EU’s timid reforms of recent years” Christopher Dembik, Economist, Saxo Bank

Immigration is the most important risk facing the European Union since the sovereign debt crisis and also the most overlooked. As such and post-Brexit, Europe appears more divided than ever. Mismanagement of migrant policy and economic sluggishness have promoted an anti-elite groundswell across the continent. The result of the presidential election in Austria, where an extreme right-wing candidate almost won, and the unexpected outcome of the UK referendum represent two grave warnings to Brussels – a solution must be found that unites the periphery and the core, putting an end to the bloc’s timid reform regime of recent years.

Forex – Could get ugly

The spectre of the Brexit vote will loom large for some time, with sterling weakness persisting in the wake of the referendum (though likely with waning momentum). We would still forecast, however, the EURGBP pair to peak in Q3 ahead of other key GBP pairs around the longer term questions for Europe, now that sterling has been severely discounted. Perhaps weighing further on market sentiment, the Fed also seems unlikely to provide support beyond its current inaction and may not believe that monetary policy is the answer to new recession risks. In short summary, the U.S. dollar appears to be the best safe haven in the coming months.

Post-Brexit, global yields once again sank to all-time lows, and with Federal Reserve Chief Janet Yellen finally capitulating to dovishness, the consensus expectation is very low yields for a very long time. Yet beneath the gloomy economic headlines, there are signs that sentiment is improving in many parts of the economy. Some of the major risk factors that have affected markets over the past six months have either played out or are largely irrelevant for now, fears around EM instability have subsided and the ECB has begun looking at unwinding QE. In the likely event of a gradual improvement in the global economic outlook, we expect core yields, especially European core yields, to rise swiftly.

Based on the current trajectory of the global economy, we go into Q3 with a negative view on equities. Among the worst hit sectors, European banks will continue to suffer from a lack of confidence and renewed scrutiny on net interest margins as a result of negative rates, whilst UK equities will also face lower valuations – putting pressure on the FTSE 100. With the Brexit vote’s impact hitting the financial system, confidence among businesses and consumers may deteriorate enough to edge the global economy closer to a standstill in Q4, which is why we’re looking at the next few months as the most crucial period since the euro crisis of 2012.

The second quarter has bucked trends since 2014 and this year has been no exception after a bullish rally led by oil and gold lifted the whole commodity complex. As we enter Q3, growth prospects across some of the world’s major economies, including the U.S. and China, continue to be called into question and problems in Europe could lead to a knock-on effect in the global market. With this in mind, coupled with the uncertainty triggered by the Brexit vote and the potential for further dollar strength, we’re anticipating limited upside above $50/b this quarter in crude. The same uncertainty has also recently helped to drive gold higher as a haven asset and we remain positive – raising our end of year forecast to $1,350/oz.